Jack And The Beanstalk On Trial 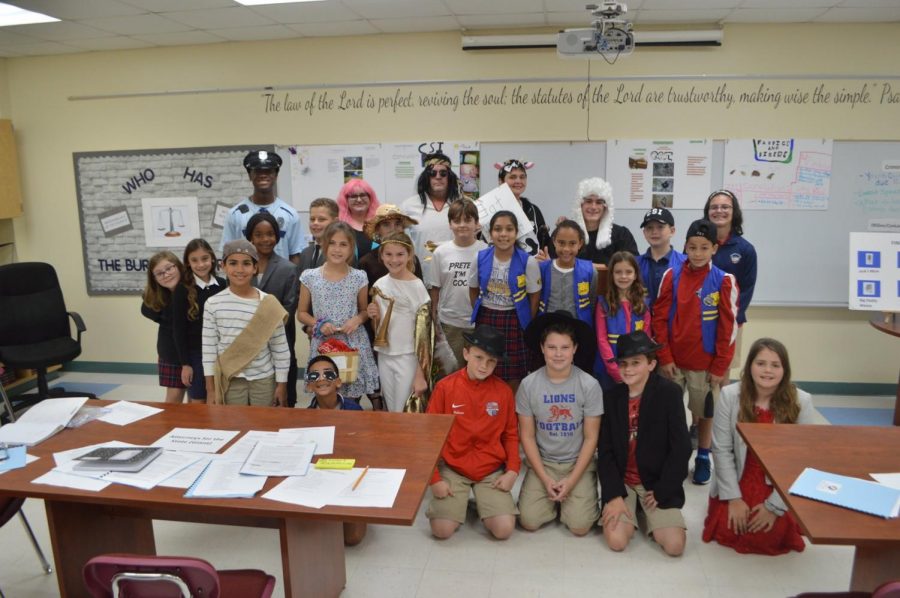 Elementary Students, as well as students in the O'Keefe Pre-Law program put on the 2020 Elementary Mock Trial of Jack and the Beanstalk. (Photo Credit: Tina Tutwiler)

On December 6, 2019, the Elementary students at the King’s Academy, along with their student advisors in the O’Keefe Pre-Law Program, put on the trial of Jack and the Beanstalk. The Prosecution told Jack that he was charged with burglary and trespass. The Elementary students, with the help of some faculty at the King’s academy, put on the trial. The trial was presided over by Pace Edwards, a junior at The King’s Academy, who helped the elementary students delve into lessons regarding points of view and oral and written advocacy skills. Prior to the trial, the elementary students who participated in the Explore Elementary Criminology program wrote a report that consisted of their findings regarding fiber samples, bean samples, hair samples, and fingerprint samples. After writing the report, the Explore class presented it to the attorneys, and it became a piece of evidence in the actual trial. The students dressed up for the trial and played attorneys and witnesses. While the elementary students acted as the attorneys and advocates for their respective sides, the high schoolers acted as the impartial jury and rendered a verdict of Not Guilty, setting Jack Free! Overall, the high school students served as valuable mentors for the younger elementary students. Gavan Keen, a junior at The King’s Academy who played the bailiff at the Elementary Mock trial, stated “Being able to teach and mentor the younger students is a great way to help embolden the younger generations, as well as make a needed impact in the community at our school.