In a Galaxy Far, Far Away 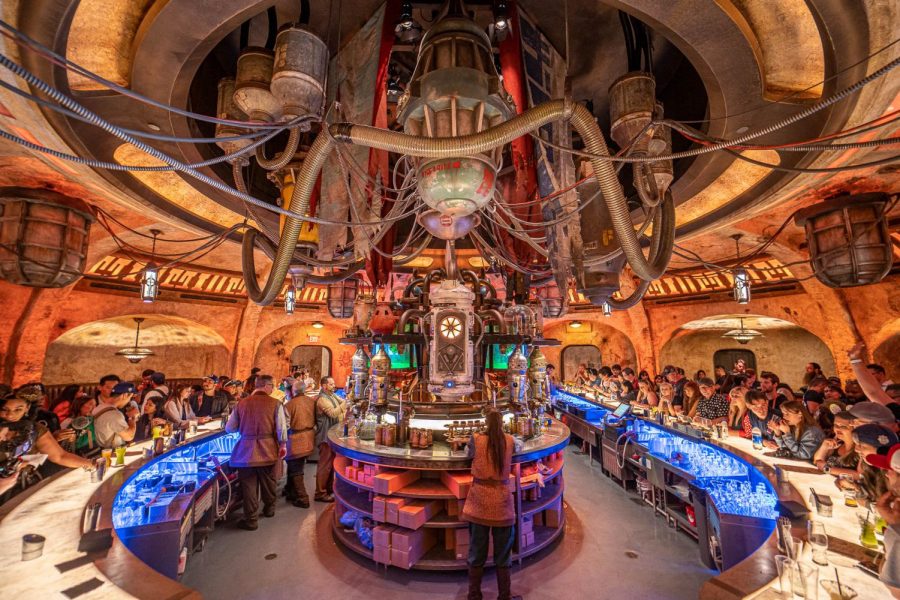 The Cantina located at Galaxy's Edge. Here you can get a variety of fun concoctions to enjoy. (Photo Credit: denofgeek.com)

Star Wars fans around the world have been waiting for this moment for a long time. Disney World in Orlando has recently opened Star Wars Galaxy Edge, a new land and a new opportunity at Hollywood Studios for guests to come and experience the amazing world of George Lucas.

Here guests can immerse themselves in a galaxy far, far away by doing things such as ride the Millennium Falcon and drinking blue milk. There are two rides located in the land. The first is Millennium Falcon Smugglers Run. This ride allows guests to ride the Millennium Falcon as one of three roles, the pilot, the gunner, or the engineer. The ride is said to be very similar to a video game. The second ride is Star Wars: Rise of the Resistance. In this ride, guests will take on the first order in a thrilling new adventure. The attraction has multiple ride systems and is unlike anything else in Walt Disney World. Galaxy’s Edge has so much more than just two rides. There are unbelievable experiences offered that will make guests feel like they are in the movie. All of the food in the park is based off of the series. You can even try the blue and green milk that Luke Skywalker famously drinks in the movies. There is also a cantina that is made to look like the cantina in the movie where they serve Star Wars themed drinks and concoctions. You can even get Coke and Sprite in thermal detonators. There are other experiences in the park for guests to enjoy, such as making their own lightsabers and droids. People are walked through a ritual and are able to personalize their own lightsaber in Savi’s Workshop and personalize their own droid in Black Spire Outpost’s new industrial depot.  This new land in Walt Disney World is made to look exactly like the movie series. The architecture and buildings make you feel like you have stepped into a new world, and even the cast members are always in character. This is definitely the place to be if you are a Star Wars fan. It’s out of this world.