The Lion Ledger • May 5, 2020 • https://thelionledger.tka.net/1712/entertainment/high-school-musical-the-musical-the-series-the-review/ 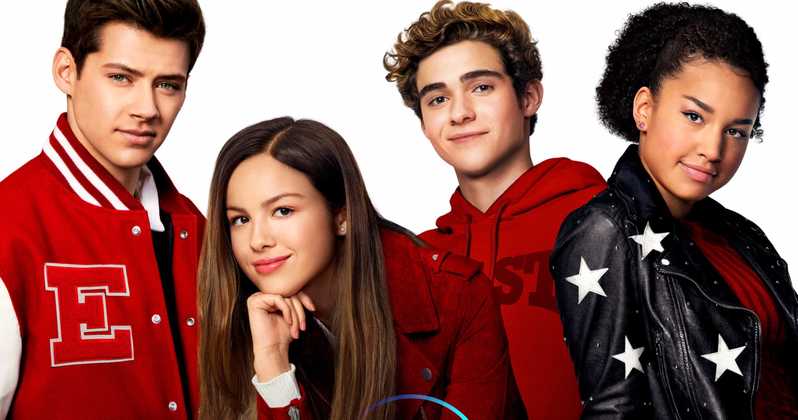 The teenagers in this show face many conflicts, including love triangles, mending broken friendships, competing for stage time, and even saving their theatre teacher's job. (Photo Credit: Disney+)

When Disney+ launched, it was headlined by the highly anticipated new Star Wars series, The Mandalorian. It was under this juggernaut of this show that a smaller, but still significant, show slipped in under the radar dish of Star Wars.

This series is High School Musical: The Musical: The Series. Despite its vertigo-inducing title, the series surprisingly fun. That is, if you’re viewing it in the right way.

The first thing you must understand is that this series is not good, at least not in the conventional sense of the word. The characters are cliché, the plot is predictable, and the dialogue sounds like what your mom thinks your friends talk like. So, no, the series is not “good”, but it can be fun.

There are several ways you can enjoy this show. The primary of which is being a fan of the original High School Musical movies. This show takes place at the high school where the original films were shot at, and although the only original cast member to make an appearance is Lucas Gabreel (notable for playing Ryan Evans, but playing himself in this show), there are plenty of fun Easter eggs and callbacks for fans of the High School Musical movies.

Secondly, this show has a massive appeal to theatre kids. The primary plot of the show revolves around the high school putting on a staged production of High School Musical. One of the main characters, Ricky, joins the cast in order to reconnect with his ex-girlfriend, Nini. Since the school does not have an established theatre program, a new teacher is brought in (Miss Jenn) and the program is essentially built form the ground up. Now, most of the scenes relating to theatre (whether that be auditions, dance calls, or tech rehearsal) are fairly dramatized and cheesy, though that is not off-brand for the High School Musical franchise. It feels like a loving parody of high school theatre, and for those theatre kids that aren’t afraid to laugh at themselves, these scenes can be especially fun.

Lastly, you may just enjoy this series if you enjoy things like this. I know that sounds redundant, but bear with me (I would not be suggesting you watch this show if it was completely un-lovable). Maybe you like the “epic highs and lows” of high school drama. Maybe you’re a fan of the “so bad it’s good” genre. Or maybe you like sitting down on a couch for five hours and tuning out to a family-friendly musical series, cringe and all. In any case, this may not be a show for everybody, but it is definitely a show for some people. There is nothing wrong with a target audience, and if you feel like you are in that target, by all means, watch this show.

It is true, you will not emerge from this series having discovered a major epiphany about life. It is true that you might move on from this show and get nothing out of it. Maybe you did not enjoy it at all and wished you had have spent your time doing something more productive, like your taxes. But maybe you watched this show and you had a little fun, and you might even consider watching season two when it comes out. If that is the case, good for you. High School Musical: The Musical: the Series season two have been greenlit and is expected to come out some time after September of this year.