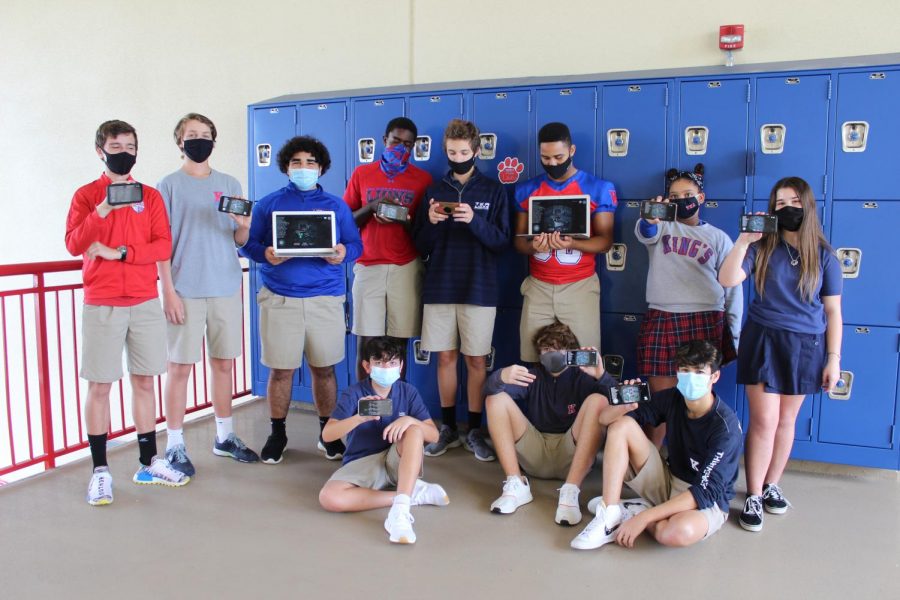 As students from The King’s Academy and others students around the world struggle to find something to do to keep themselves busy during this pandemic, their latest interest is a 2018 murder mystery video game titled, “Among Us”. The game requires four to 10 players, who are assigned randomly to either crewmate or imposter. At the start, there is always more crew than imposters. Throughout most of the game, crewmates are trying to complete their tasks and imposters are trying to eliminate the crew and sabotage their tasks without being noticed. The most important aspect of Among Us does not happen within the walls of a spacecraft or a volcano-base. It happens in the meeting room, a static screen that reveals who is eliminated and who is left, since this is the only place where you are actually able to talk to other players. It works like this: if anyone comes across a dead body as they go through their list of tasks, they should report the crime. Also, each player can call an emergency meeting once per game, by default. In both cases, the whole community is called together to hash things out, as a timer counts down the few seconds that everyone has to come to some sort of consensus. Suddenly this once silent game comes to light with a cacophony of allegations, recriminations, alibis, and pleadings, as each player makes an argument for why they are innocent or why another player should be voted out. Over the summer and present fall, Among Us has been accumulating players at a much more-increasing pace, and now has more than 85,000,000 smartphone downloads and hundreds of thousands of people playing at peak times. Once empty servers are so busy that it can often be hard to host a game. More significantly, however, it has pointed at the world of mainstream gaming, with high-profile streamers and YouTubers racking up millions of views from their game streams.