When English Gets Out of Hand 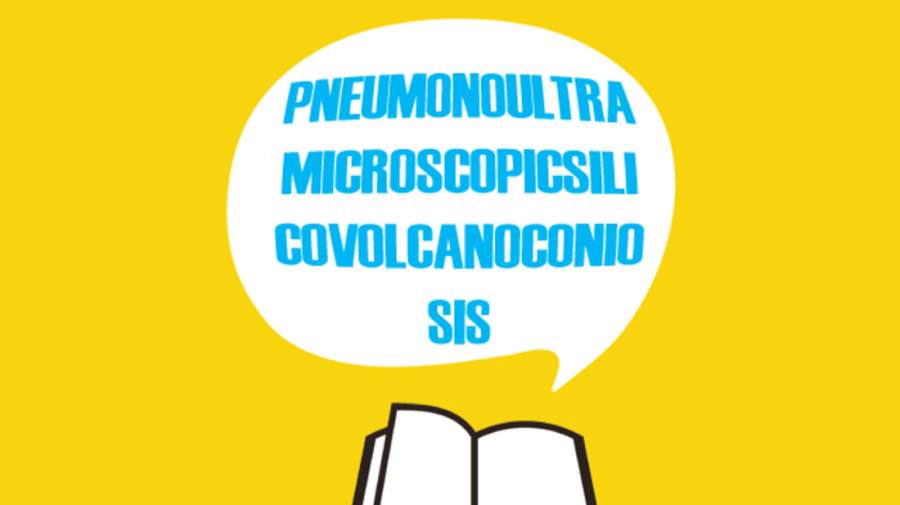 The longest word in the English language is a type of lung disease.

Before reading this article, let me set you some context: It’s late at night. I just finished my homework, and I have a DBQ the next day in AP US History. I’m listening to the cast recording of Ghost: the Musical, and my brain is half-delirious. It’s moments like these that my mind wanders to the most extraordinary places, and right now, my mind refuses to abandon the topic of strange and long words. And that is my motivation for writing this beautiful piece.

Most people know that the English language is a hodgepodge of sorts, pulling bits and pieces from other languages. Let’s say that after an exciting fiesta in which you consumed too much candy from the piñata, you go home and wash your hair with shampoo before going to bed. In my former sentence alone, there are at least four words directly linked to other languages. ‘Fiesta’ and piñata are from the Spanish language, ‘candy’ is derived from Old French, Persian, and Sanskrit, and ‘shampoo’ comes from the Hindustani word ‘champo’. If you really study the origins of these words, they all seem to make sense one way or another.

However, there comes a point in the English language when things start getting out of hand, and as far as my sleep-deprived mind can tell, there really isn’t any excuses for this. Take, for example, the word ‘pneumonoultramicroscopicsilicovolcanoconiosis’, which happens to be the longest word in the English language, and is a type of lung disease. Length isn’t the only thing strange about some English words, though. Below are a few other examples of exceptional words I can’t stop thinking about.

Strengths – has nine letters, and only one of them is a vowel.

Euouae – six letters long and all of them are vowels.

Tsktsk – six letters long and all of them are consonants (yes, this is considered a real word).

Looking at these strange words, it’s little wonder that English is often considered to be the most difficult language to learn. English being my first language, I have never had to undergo the (likely) painful process of learning this language after early development, but I know of many people who have, and to them I say: I have nothing but respect for you. By going through all the trouble of learning the English language, you have enabled yourself to read my random article on the absurdness of the very language you spent many hours and lifetimes learning to read and speak.

As you reach the end of this article, hopefully you have received a little food for thought, or at the very least, a little interesting trivia. As for me, I will likely be up a little bit later as I finish listening to Ghost: the Musical (I swear I’m not sponsored). Next up: When Sleeping Habits Get Out of Hand.

In all seriousness, thank you for tolerating my mental regurgitation and please do yourself a favor and go to bed early tonight.